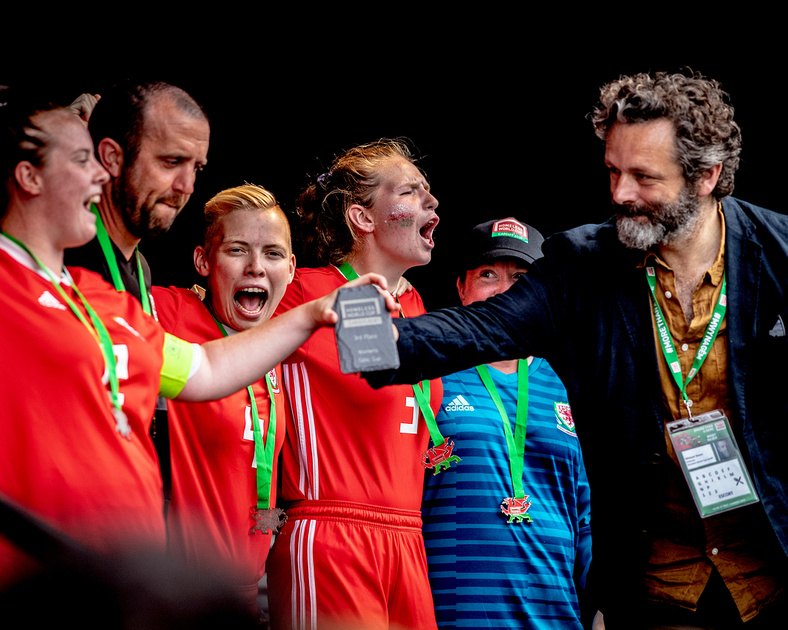 I’ve been lucky enough to call Cardiff my home for most of my life and I can honestly say that nothing in those 40 years has brought so much joy and emotion to my life as the hosting of the 2019 Homeless World Cup.

Over the course of eight days over five hundred players from 48 countries came together in a joyous celebration of football, music, culture and, above all, humanity at its very best. Thankfully I had opportunity to be involved across the duration of the competition; from the riotous, celebratory opening parade through to the heart-stopping, fast paced final games which saw both the men and women of Mexico taking home both main trophies. 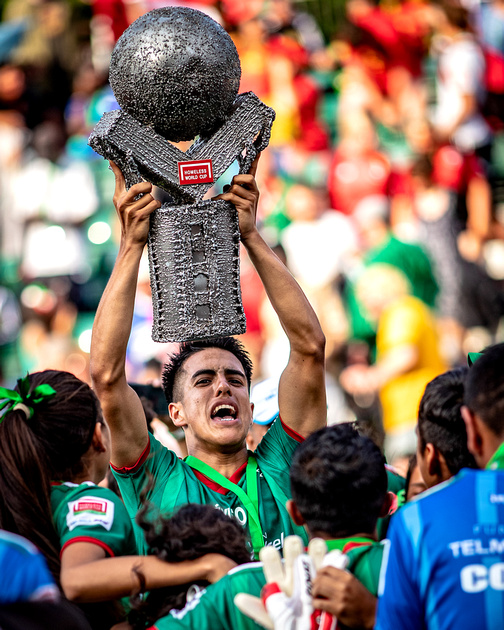 Look, everyone wants to win a trophy and, make no mistake, the winning teams’ celebrations were no less heartfelt and exuberant than if they had won the FIFA World Cup, however, of all the sporting events I’ve seen, this one really was about the taking part. This event took 500 people who happen to be homeless and gave them opportunity to shine on a global stage. Almost 2M people watched the event worldwide and the people of Cardiff turned up in numbers to see these street footballers visibly grow in confidence and stature to the point where they were holding autograph sessions for the fans. Everywhere you looked there were smiling faces and, in part thanks to the ‘dry’ policy, there was not a hint of trouble all week.

It could have all turned out differently though.  Having won the bid to bring the World Cup to Wales the organisers saw the financial situation begin to unravel early in the year and it is to the lifelong credit of Welsh legend Michael Sheen that he felt able to step in and give his own financial backing and enthusiastic personal investment of time and energy to make this happen. I genuinely cannot find the words to express the esteem in which I hold this humble and generous man and it’s clear that this is a view shared by people across the globe who have been touched by this event.  Michael Sheen was onsite for every minute of the event and worked tirelessly to ensure that everyone was engaged, happy and entertained. If anyone deserves the highest honours that this country can bestow then it is Michael Sheen.

But, as energetic and passionate as he is, Michael Sheen could not have done this alone and, along with all of the low-profile but essential support from an army of wonderful volunteers and the 3rdSector, the event was boosted by the donations of time and talent from a range of contributors including James Dean Bradfield, Charlotte Church, Euros Childs, Sara Pascoe and The Guilty Feminist. 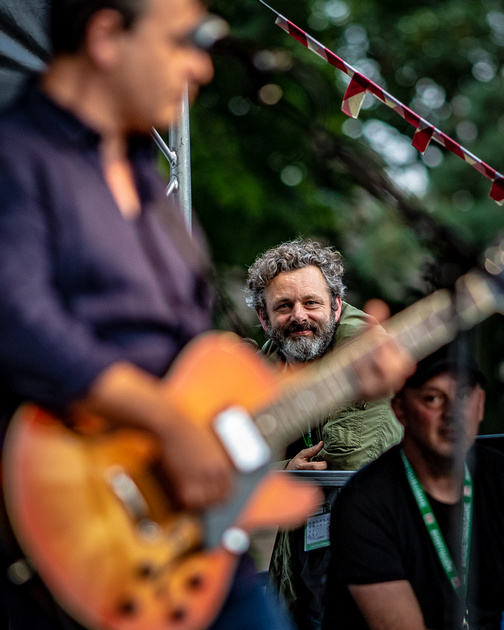 And here we come to the only sour note of the week for me, ideally I’d not raise it but, for me and many I spoke to, it is the elephant in the room.  For all of the support given to this joyous even by the general public, musicians, poets, comedians, actors and sportspeople there was once sector that was conspicuous by its absence.  In my humble opinion it is a national disgrace that the world of professional football did nothing to engage with this event.  At a time in which we have some Welsh national players being linked to £1M a week salaries and when both Manchester United and AC Milan are playing within a ball’s kick of the Homeless World Cup it is shameful that, to my knowledge, not a single footballer, or club or national organisation did a single thing to support, promote or finance this communal celebration of life and football.  I suppose I am naïve to be surprised by this and, in effect, what it does is bring into sharp relief the disgusting levels of inequality in all global societies.  Speaking personally, my life has been immeasurably enriched by watching the street footballing careers of these people who are homeless blossom over the week, including a Zimbabwean man who could terrorise any defence and score with both feet despite actually having only one foot.  As I watched the crowd of 80,000 trudge from that Man Utd v Milan friendly in the Principality stadium I didn’t get the impression that their lives had been enriched by the experience. 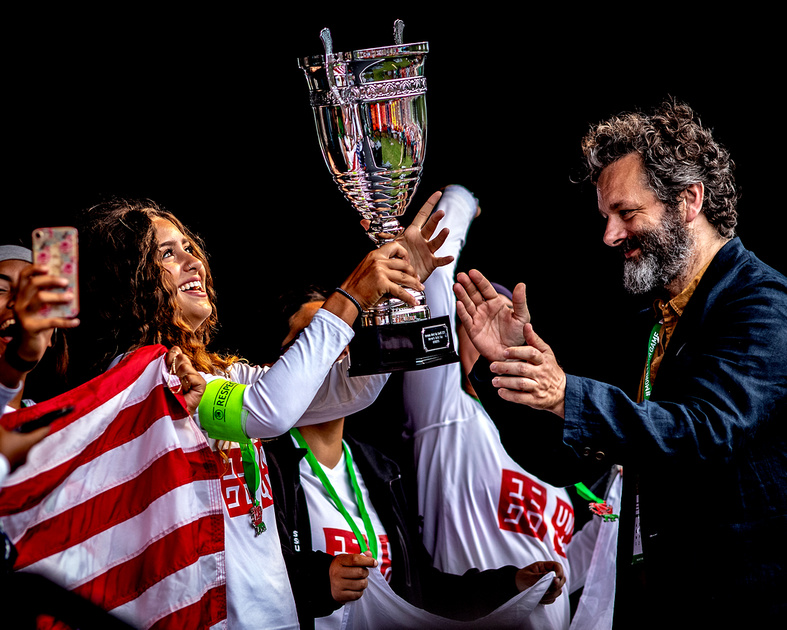 It is so difficult to pick out individual highlights of such a uniquely positive event but I will never forget the magical experience of accompanying the procession of players from the imposing Principality Stadium and past the stunning Cardiff Castle keep as they headed for the opening ceremony.  It was also beautiful to see Michael Sheen swooning over James Dean Bradfield as he bravely tackled the Manics’ classic anthem Motorcycle Emptiness with just his voice and an electric guitar.  Charlotte Church and BuzzardBuzzardBuzzard brought unbridled fun to the stage and ensured people went home happy while, in the tent, it was splendid to see Cymorth Cymru’s Katie Dalton get the opportunity to tell the Guilty Feminist about the #PlayYourPart19 campaign before instigating a mass retweet. We also got introduced, en mass, to Michael Sheen’s parents as he busked it between bands and who can forget the fabulous facial hair of Holland’s Dennis Beard or the underplayed nonchalance of the Welsh Warriors as they rattled in the goals.  Best of all though was the pace, the skill and the immersive thrill of both Mexican victories, and the rapturous celebrations that followed. More than a game?  You bet. Finland, you have a lot to live up to next year. 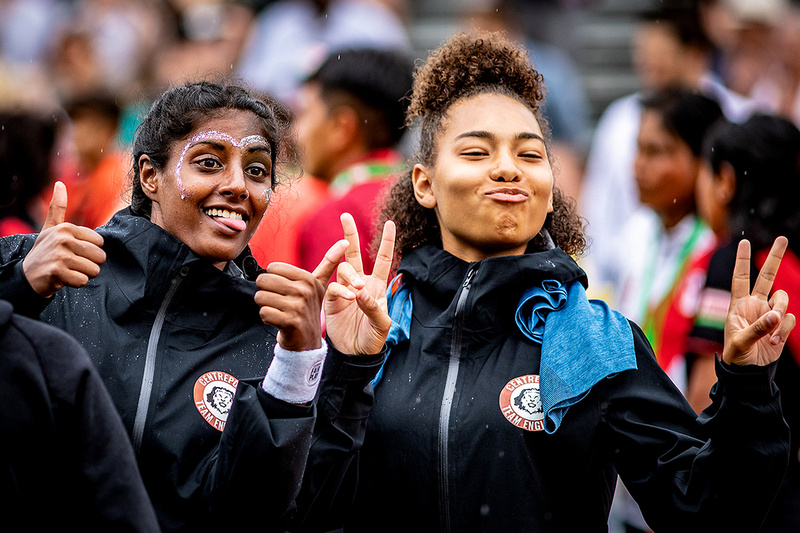